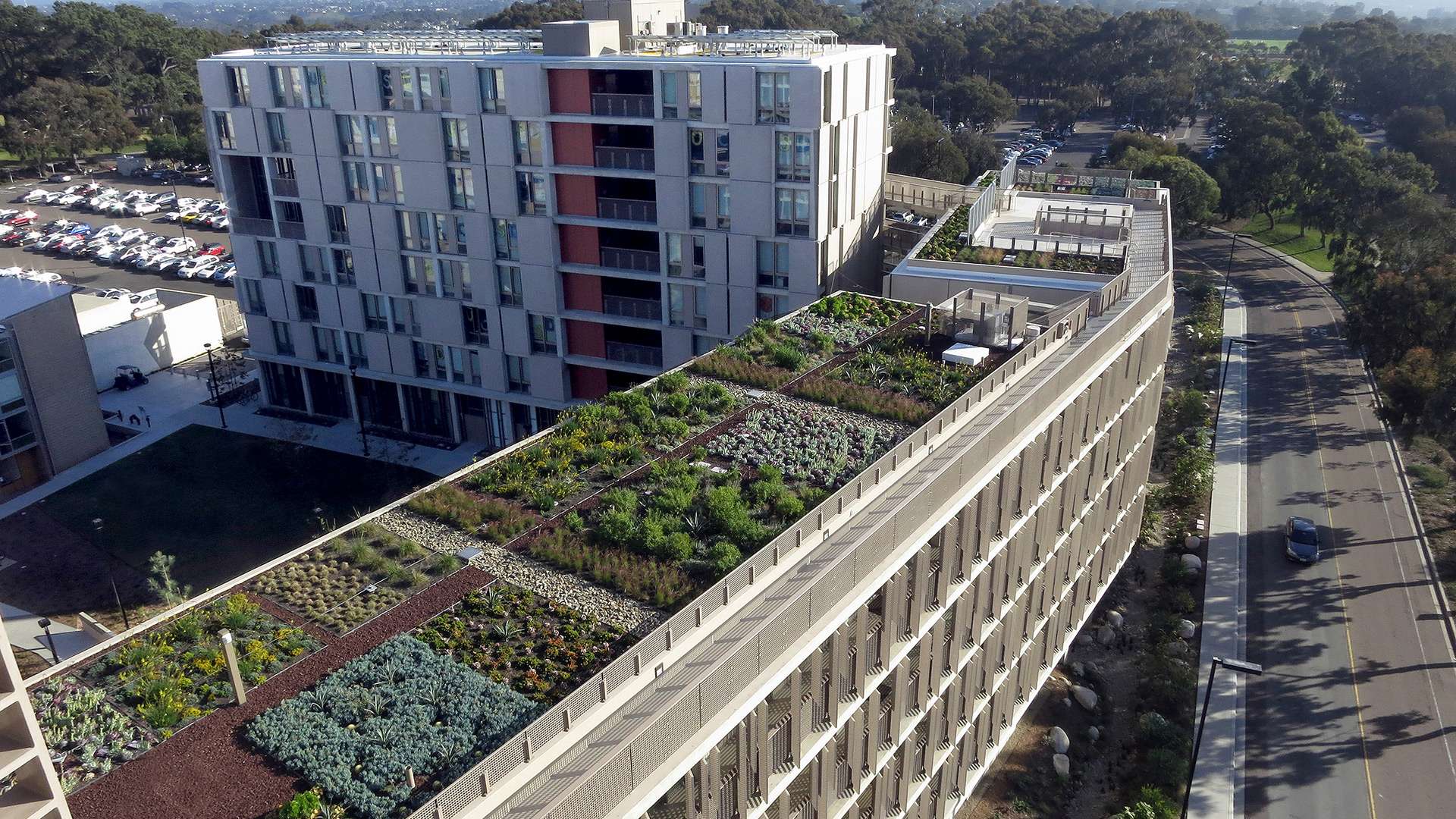 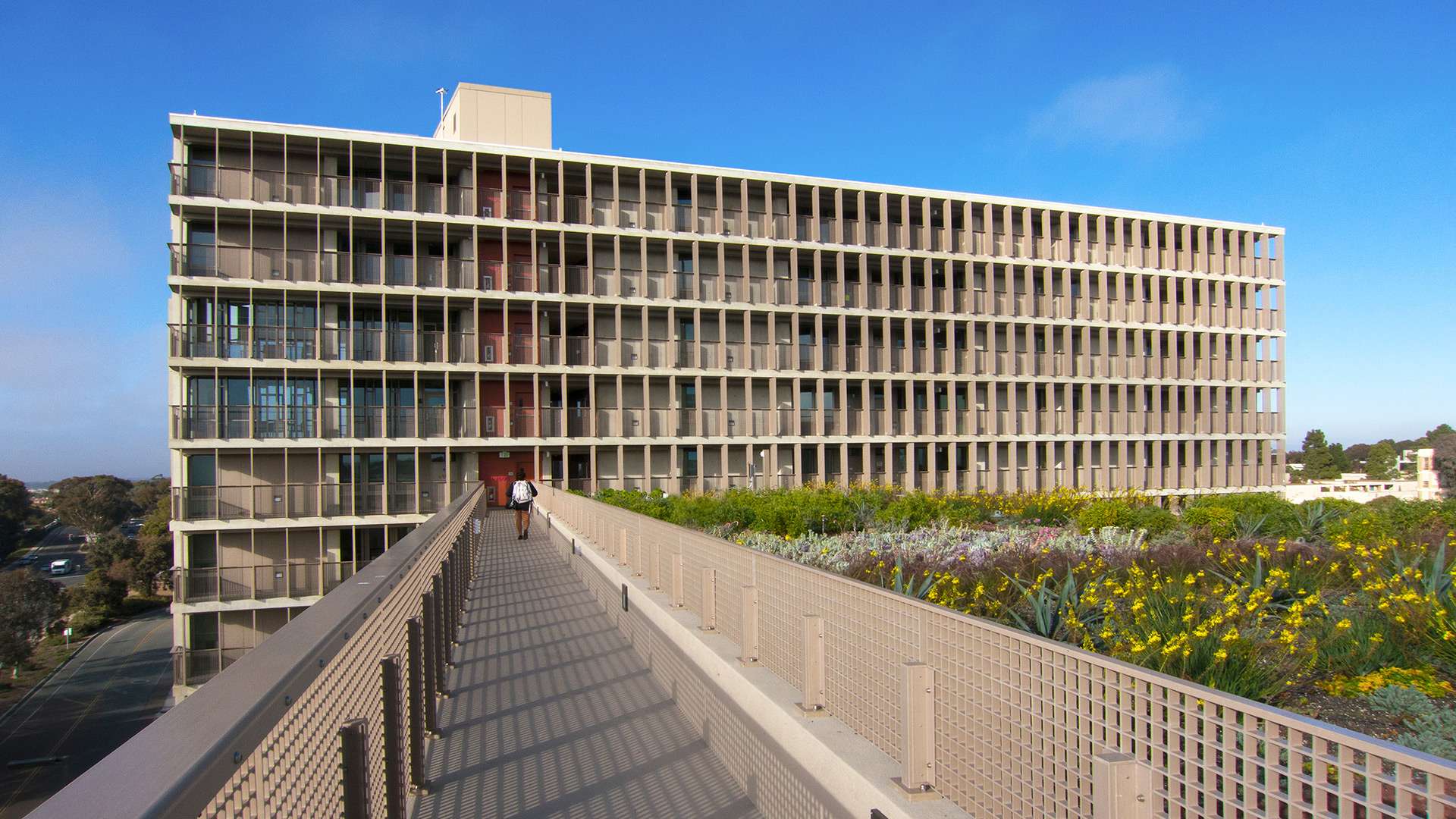 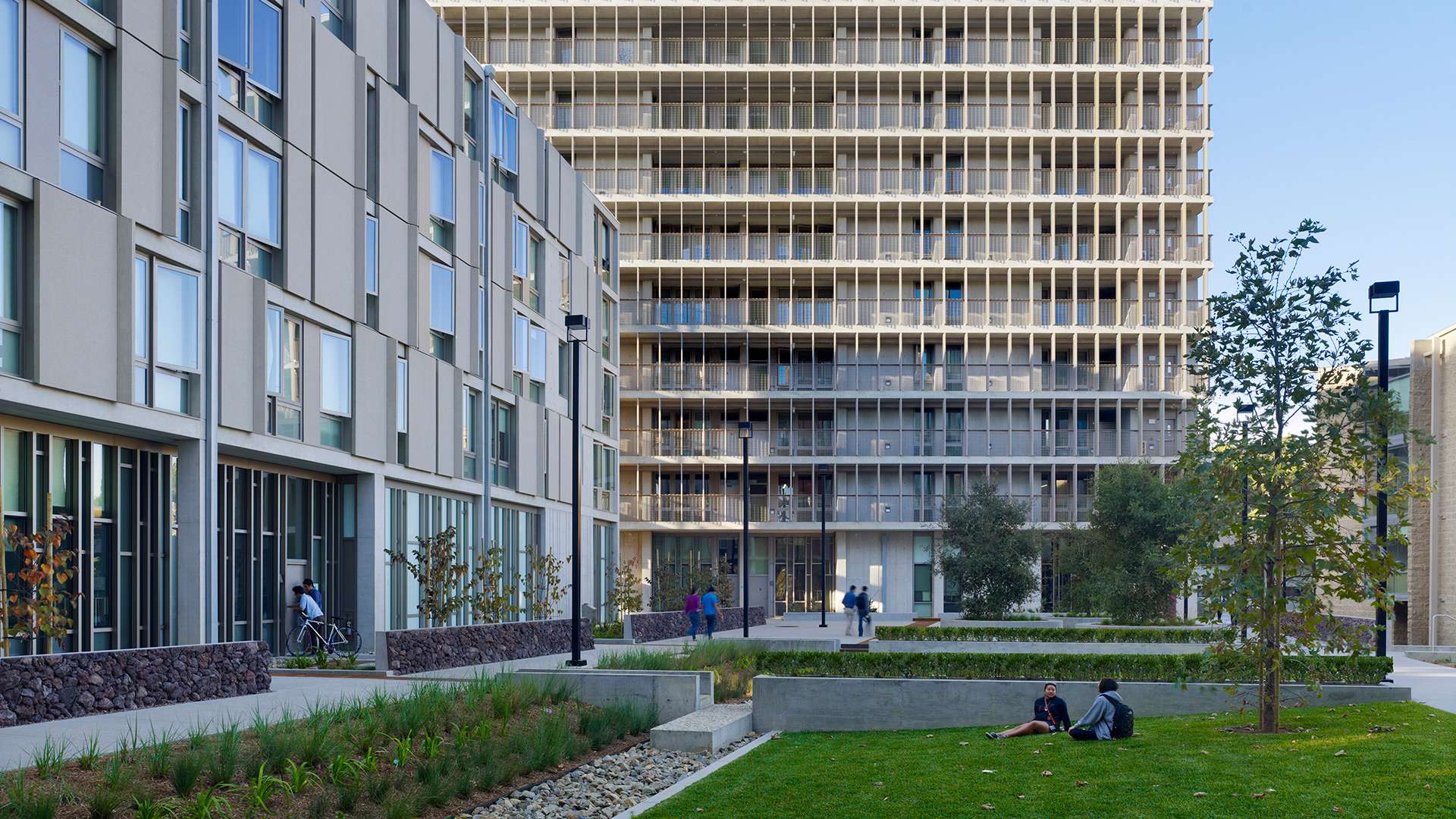 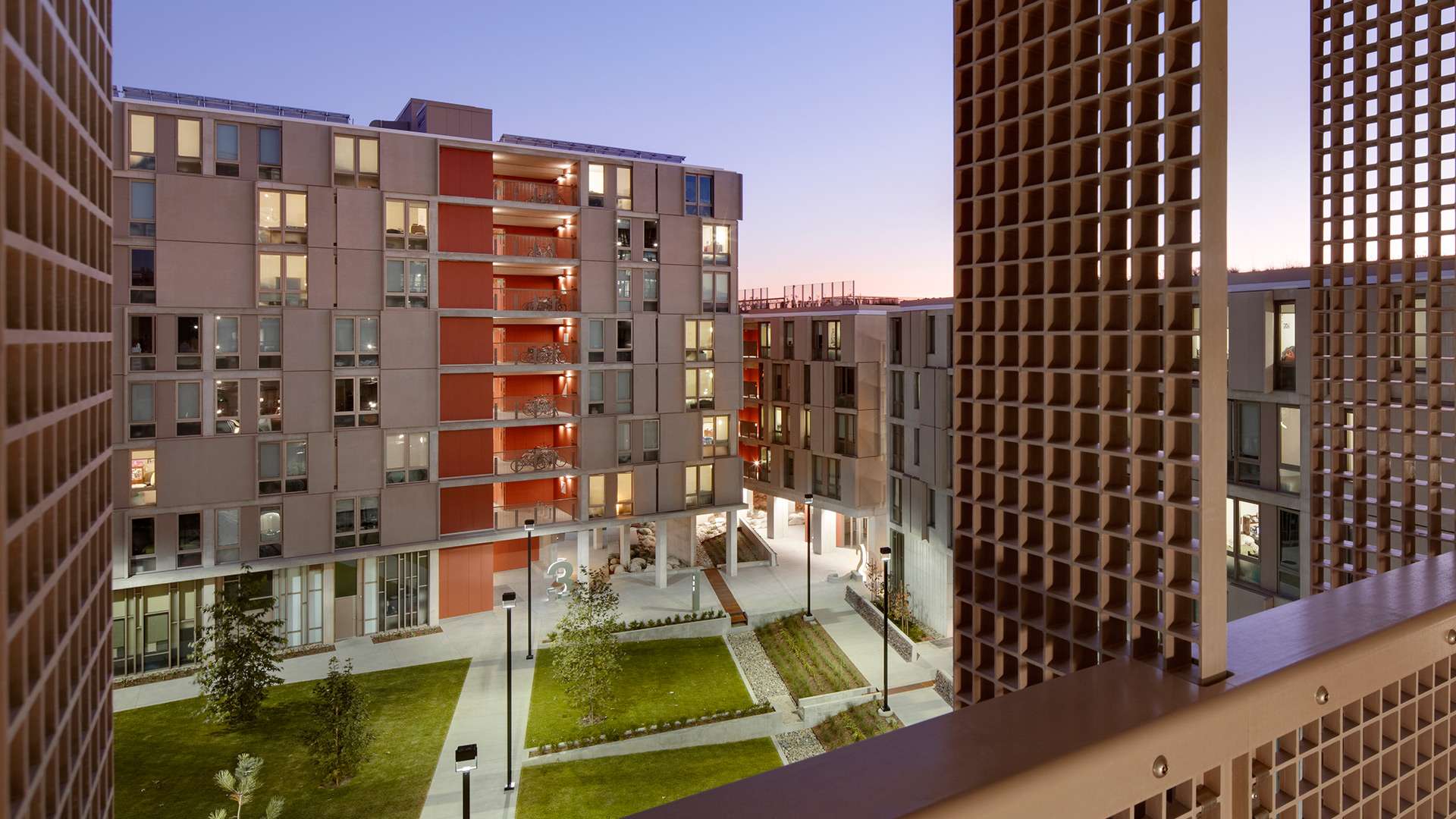 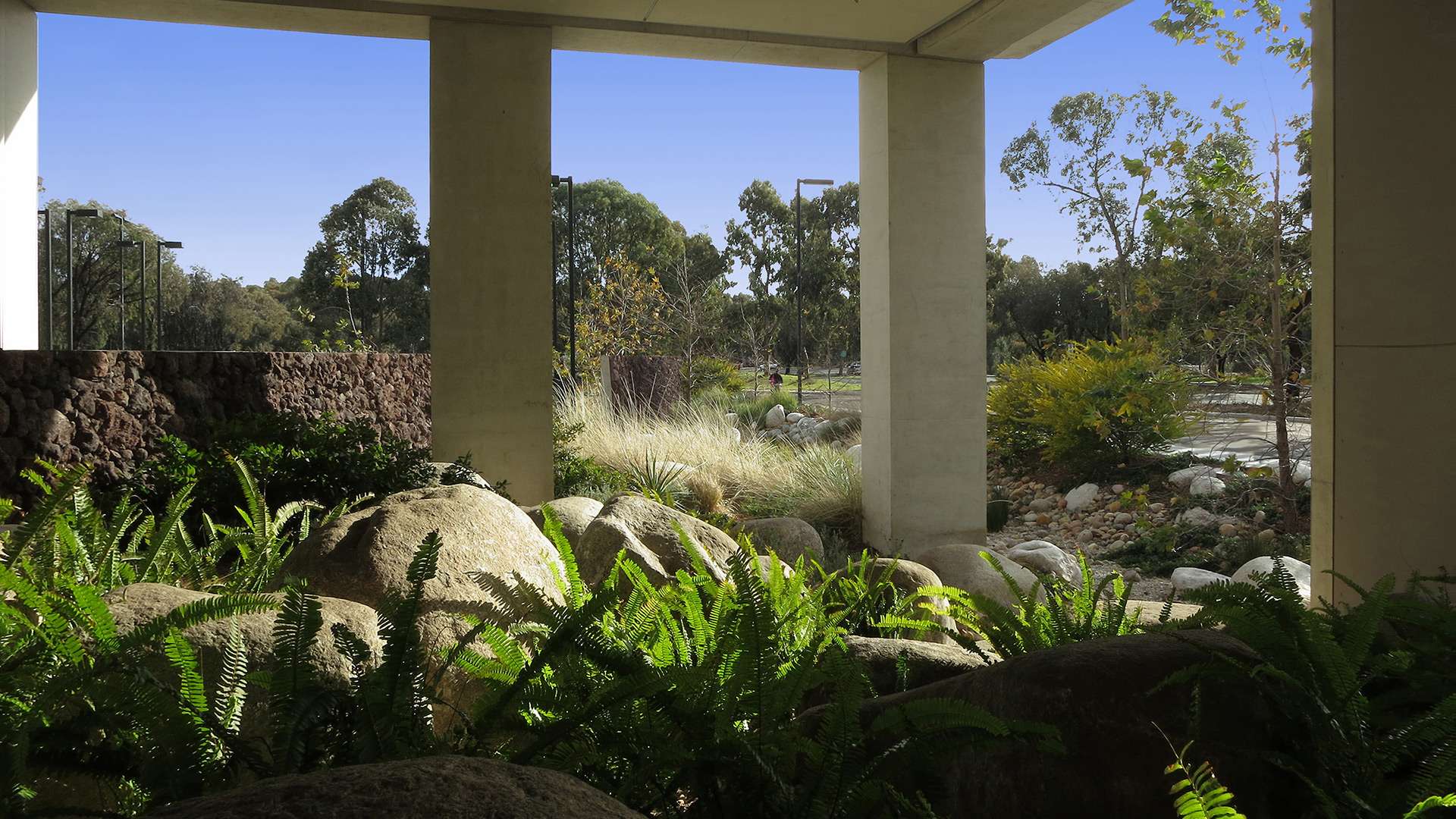 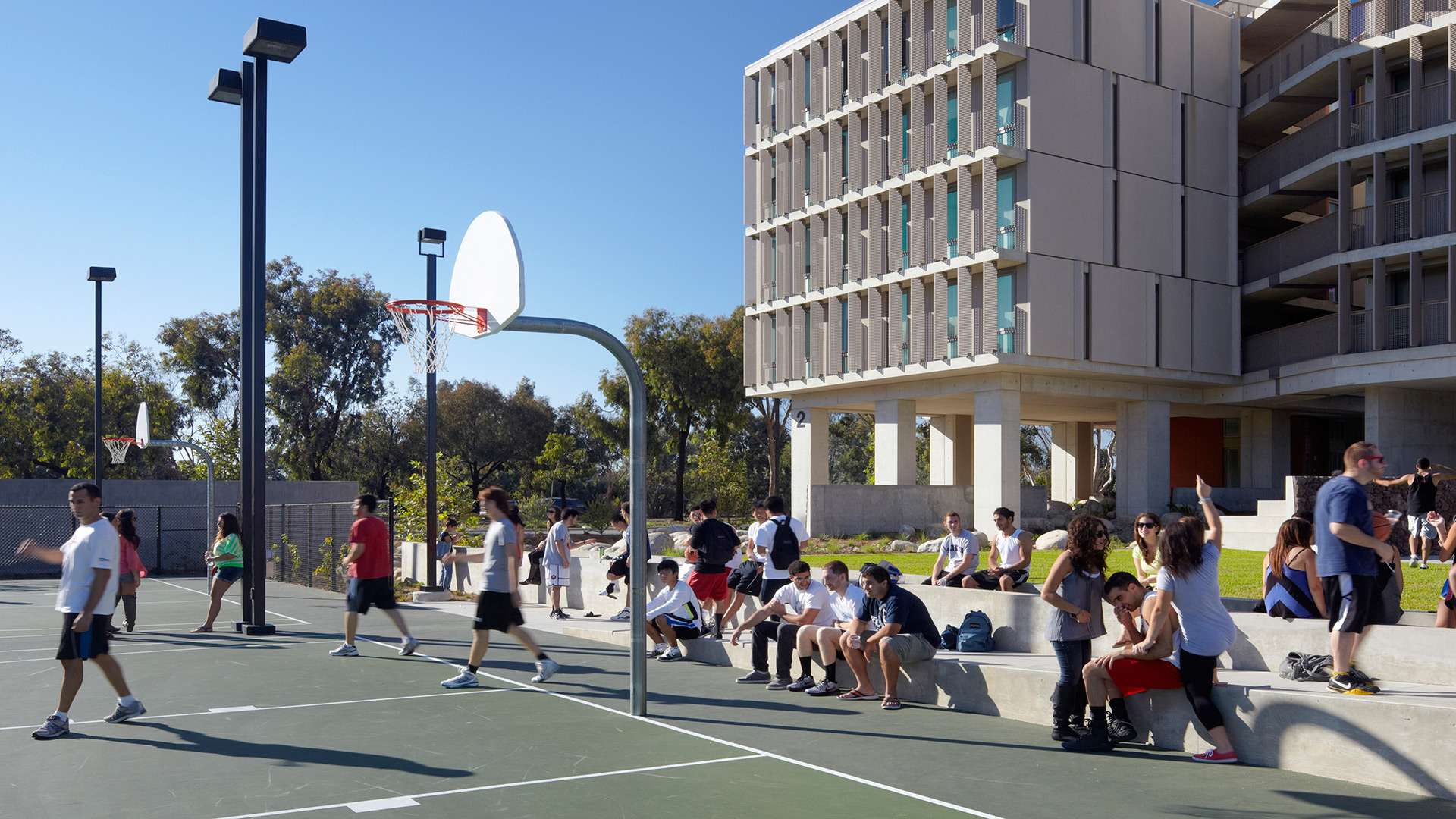 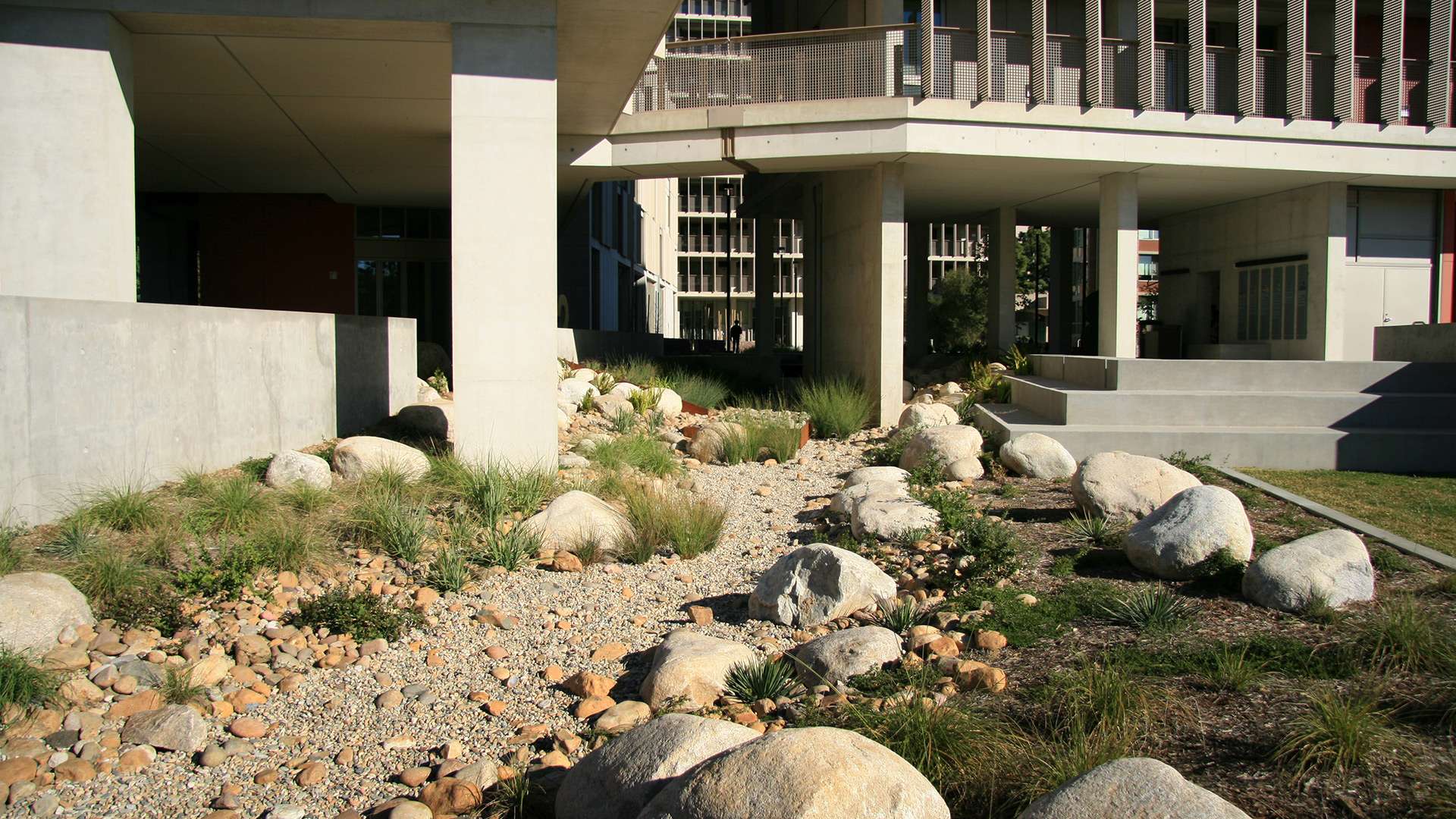 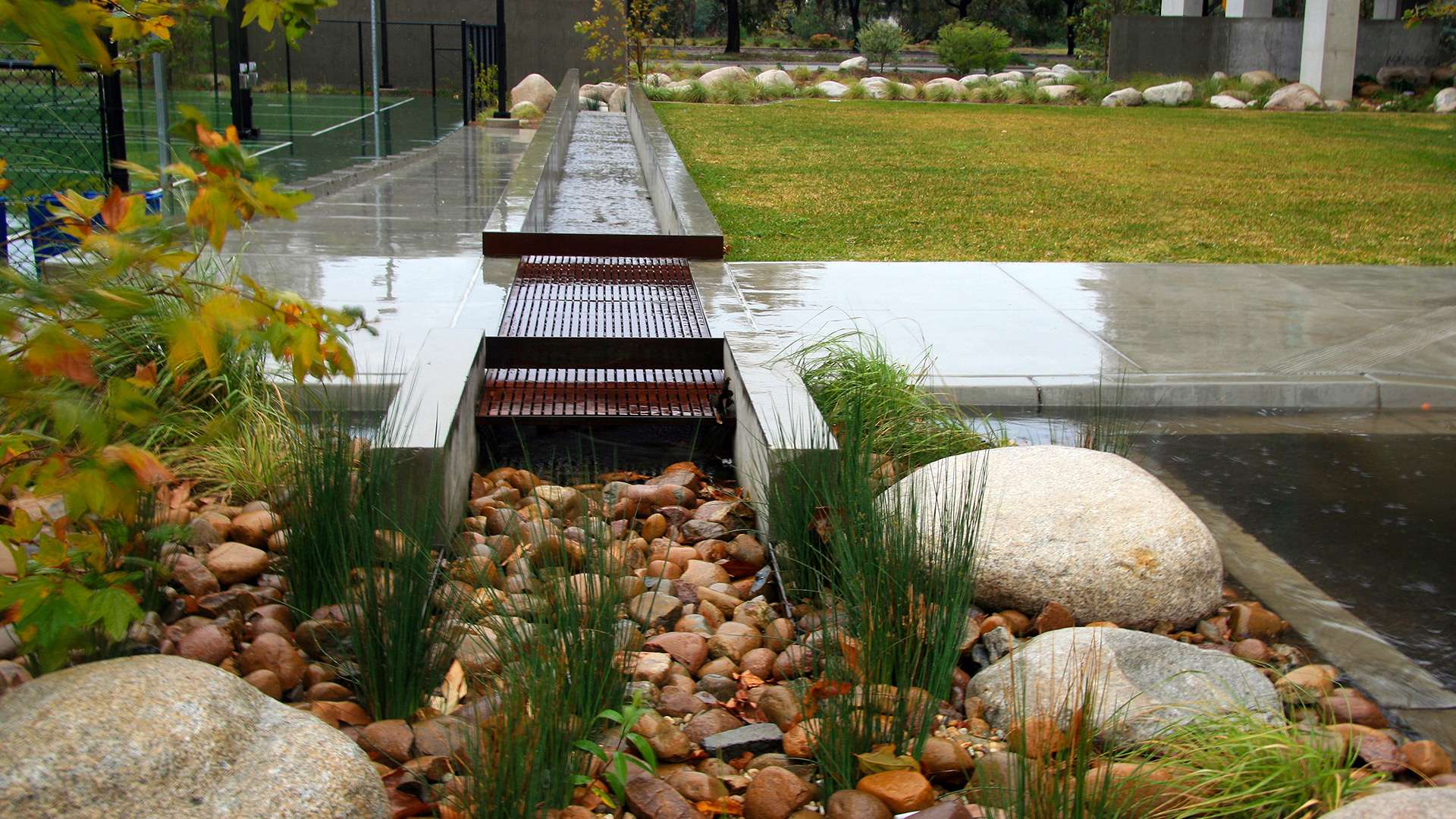 This modern student dormitory was named in honor of Dr. Charles David Keeling, the American scientist whose research at The Scripps Institution of Oceanography first alerted the world to the human impact on global atmospheric carbon. To honor this legacy, we developed a sustainably-driven design concept that made this the first LEED-NC Platinum certified housing project in the University of California System, establishing a benchmark for sustainability and storm water management.

The heart of the concept was a system that captures all roof and site rainfall through a collection of vegetated roofs, conveyance channels and bioswales that were gracefully integrated with the outdoor amenity areas, adding dramatic rushing streams during winter storm events. While extremely functional, this approach also revealed the traditionally concealed storm drainage infrastructure, making it a visible and artistic part of the landscape. 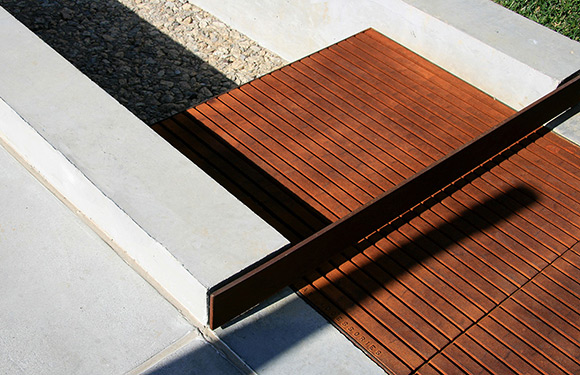 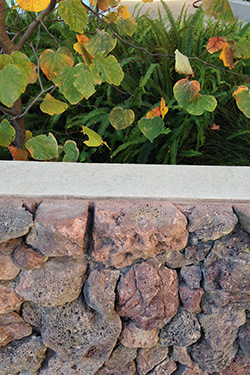 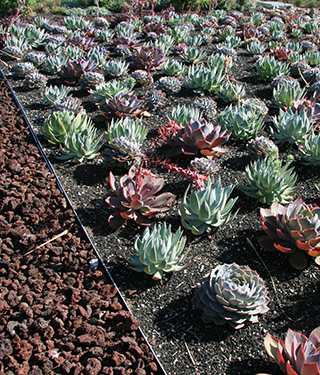 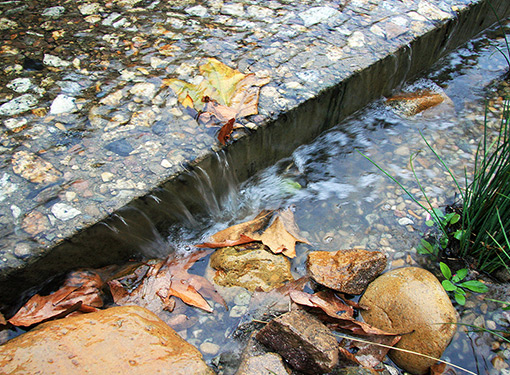